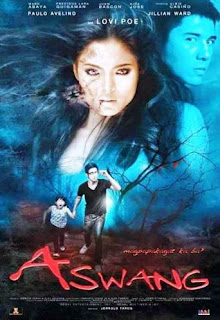 The numbers of the Abuwak race (Aswang) has declined and the only way they can survive is through the rare ability that only the soon-to-be queen of the Abuwaks, Hasmin (Lovi Poe), possesses. Abuwaks look human in their normal state, but they can fly when they transform into raven-like birds. They can also burrow through earth.They are quick and strong, and they can attack and eat humans whether in complete darkness or broad daylight. Hasmin doesn’t like all of this, preferring to congregate with humans and even protecting them when her fellow creatures attack the village. A hired killer named Daniel (Paulo Avelino) was forced into his disreputable trade as a youth. Like Hasmin, he doesn’t like killing the innocent, and this reluctance leads him to the abuwak lair, suggested to be somewhere in Pampanga..Along with two other killers, they travel to the village in pursuit of the two remaining members of a lawyer’s family that they massacred in Quezon City.

Aswang is a 2011 Filipino action horror thriller film based on the Filipino mythical creature that is a shapeshifting monster usually possessing a combination of the traits of either a vampire, a ghoul, a witch, or different species. The film is directed and co-written by Jerrold Tarog. It stars Lovi Poe, Paulo Avelino, Albie Casiño, Jillian Ward, Marc Abaya and Niña Jose. The movie is a remake of Peque Gallaga's 1992 film of the same name. 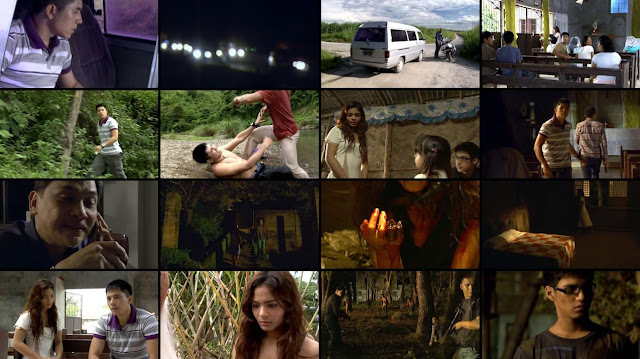