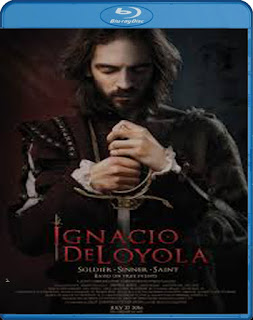 
Please share and save your movie on Facebook!
Movie information
'If you could hear the voice of God, would you want to keep it secret?' A historical drama based on the memoirs of St. Ignatius of Loyola, founder of the Jesuit order. This is the story of a soldier, a man of vice and violence who, in his attempt to turn to the light, was forced to wrestle with his inner demons to the very brink of death. A Filipino production shot in Spain and the Philippines, the film chronicles his valiant but futile defense at the Battle of Pamplona, his struggles with depression and near-suicide, his trial before the Inquisition, and his ultimate vindication.

Source: imdb.com, wikipedia.org
Note: * All videos are from random sources, the quality is variable * Copyright of the films, movies are belong to the real owner (Producer or Broadcast channel) *The files will or can be removed if the copyright owner complain to this site. *This site never buy any films and movies from any filming company. *Thank you for always visiting this site and for your support to us
Labels: 2016, Action, Biography, Drama, History, Romance, War